Some time ago I entered a writing contest sponsored by Writer’s Digest. The criteria for the contest was that the entry had to be a short story of no more than 750 words with an opening sentence of “It was on a bright, starry night. . .”

Although I didn’t win, it was a fun exercise. Perhaps, if I had spent more time than a whopping thirty minutes writing it, I might have placed in the contest. Anyway, I thought I would share my story with you.

It was on a bright, starry night that the traveling circus rolled into town. The train car slowed. Quentin looked out the window as the buildings and houses came into view. Just another town and another show, he thought. Just like the thousands of others the circus had been to over the years. However, this one seemed eerily familiar, but he was sure they hadn’t been there before.

The sign said Peaceville, Mo., Population 8,433. Such a small town. Hardly worth the trouble of setting up before they reached Kansas City. Oh well, money is money, and the struggling Schofield Brothers Circus sure could use some, he thought.

As the train came to a stop just north of town, he changed into his work clothes and set out to check on the lions. They hadn’t eaten since morning when they stopped briefly in Texas. He had to get them fed and watered so they would be in a calm mood for tomorrow night’s show. He never let anyone besides himself tend to the animals. He didn’t want to interrupt the trust between him and the felines by allowing other humans to interact with them.

As he rolled back the tarp of the train car, the mighty animals roared as they paced back and forth in their cages. He turned on the water faucet to fill the drinking tank, and began poking chunks of raw meat into the cage. The hungry lions tore at the flesh as if they were starving and hadn’t eaten in days. Lily, his favorite of the four lions, made a swipe with her paw at the others, and then took the first piece of meat. She could be the most affectionate of the animals, but also the most unpredictable, and Quentin was always on his guard around her.

He awoke the next morning with the anticipation of the upcoming performance. Although it was a small town and would draw a sparse crowd, he would give an entertaining performance as if he were in a metropolis. After all, he was the greatest lion tamer in the world, and was envied by his rivals.

It only seemed like yesterday to him, that he ran away from home to join the circus. Only twelve years old at the time, it was his only way out of a miserable existence. His mother had passed away when he was six, and he was the target of constant verbal abuse from his alcoholic father. So, when the circus came to his town, he hopped on one of the cars and never looked back. The lion tamer at the time, a gentleman named Raphael, from Spain, took young Quentin under his wing and made him his assistant. He taught him how to feed and care for the big cats, and prior to his death, mentored him in the art of lion taming.

Evening finally arrived, and it was showtime as the curtains opened and the lions ran into the arena and took their places on the half barrels. Seconds later, Quentin entered the arena donned in his white jumpsuit, and cracked the leather whip. The lions let out deafening roars as they traded places on the barrels and swiped their paws through the air.

Just as Quentin made a loud crack with the whip, everything under the big top went silent. He could hear absolutely nothing. He put his index finger in his ear, trying to open up the passage. Had he suddenly gone deaf? he wondered. He began to feel faint and walked to the edge of the arena to lean on the rail in front of the spectators. He looked out at the crowd. They acted as if nothing was wrong, like they didn’t even notice him. They just stared and clapped their hands at the activity in the ring. Quentin turned and saw someone else performing with the lions. He ran toward him and shouted, “Who are you? What is going on here?”

The strange man continued to command the cats as if Quentin didn’t even exist. He ran back toward the crowd and overheard two people having a conversation. “I remember about twenty years ago when the last circus came to town, a young man was killed by the lions.”

“Yeah, a fellow named Quentin. I remember it well,” the other man said.

Suddenly, Quentin realized he was facing the beast called death. After all those years, it was time to cross over.

Mary stood patiently in line waiting to check in. The terminal was a beehive of activity that Monday morning, as groggy travelers sipped on coffee and rolled their luggage a foot at a time toward the counter. Finally with boarding pass in hand she went through security and then headed to the boarding area.

This was the typical routine of the start of another work week on her commute from Philadelphia to Los Angeles. She couldn’t believe it was already July, 2012. Her new position as CEO at Five Star Records had been an exciting adventure thus far, and she was determined to turn the struggling recording company around. Mary’s partner and founder of Five Star, Barry Cronin, had died from a cocaine overdose four months earlier. His expertise for signing new talents to the label had evolved from looking for talent, to their ability to access narcotics for his uncontrollable addiction.

Now Mary was in charge, and her latest scouting auditions of new rock groups in California had produced a top ten hit on the Billboard charts. By doubling her efforts, she hoped to put the dying record label back on top.

Passengers crowded to the pedestal and handed their tickets to the agent as the door in the waiting area opened and it was time to board the plane. With only an average of four hours of sleep most nights, it was never a problem for her to sleep through the entire flight. The plane had barely become airborne when Mary drifted off to sleep. Five hours later she awoke just fifteen minutes before touchdown. Stretching her arms she felt refreshed from the much needed sleep. Now she had the energy and vitality to seek out the next big talent.

By the end of the week, she was certain she had succeeded by signing a new group from San Diego called Cloud Burst that specialized in a unique mix of southern rock and rhythm and blues.

She felt ecstatic as she boarded the plane from LAX for home, and was soon fast asleep as the plane ascended into the sky. Mid-flight, somewhere over the state of Iowa, she was suddenly aroused by the Captains loud, but calm voice coming over the cabin speaker. He was instructing the passengers and crew to prepare for crash landing. She was confused as she looked in terror around the cabin. Everything was different. The plane and the people looked different. She could smell cigarette smoke permeating the cabin.

“What’s going on?” she screamed, but none of the passengers looked up from their crouched positions.

Had everything before been just a dream, or did she have a glimpse into the future of what might have been? You see, Mary was not the CEO of a record company but instead was a college student on her way to visit friends. It was not 2012, but July 8, 1989, the day 198 people on Trans America Airlines flight 412 crashed in an Iowa cornfield. 102 people survived, while 96 perished. Mary Sage was listed among the dead.

Souls of the Desert 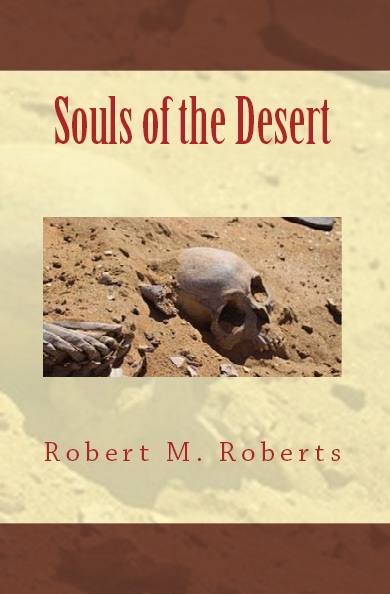 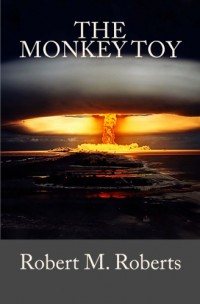